You most probably have enjoyed a scone during a meal or as a snack in your life. You also have likely eaten more than one scone variety. But, have you ever wondered about its origin and how the scone got its name?

Scones are pastries made from wheat or oatmeal with baking powder as the raising agent before baking on sheet pans and are often served at breakfast or for tea. The key ingredients for making scones include flour, granulated sugar, fruits, nuts, and baking powder.

The sections below answer various questions about scones, including a brief history and fun facts. Keep reading if you’re interested in finding out the best time to eat a scone and the common types of scones. 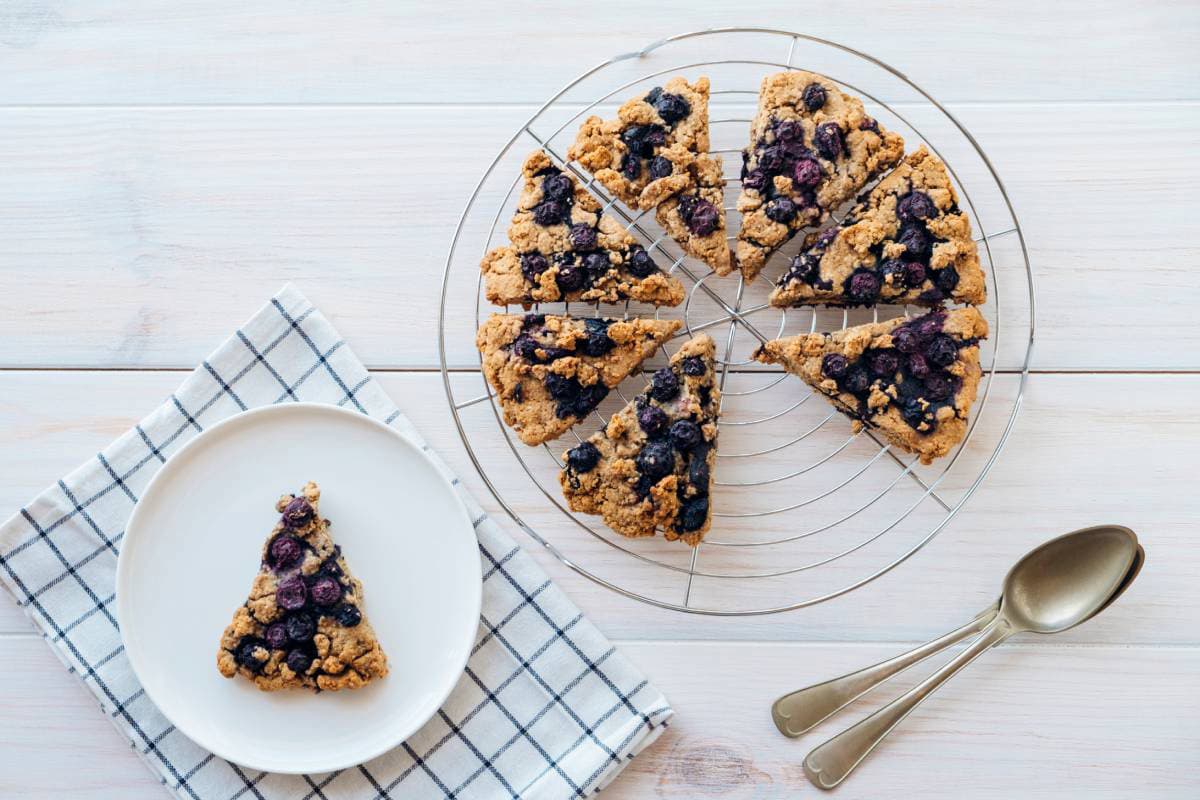 How Do Scones Differ From Other Pastries?

Scones differ from other pastries in that they are shaped differently and contain baking powder as a leavening agent. Additionally, scones do not have yeast, an essential ingredient in bread and other baked goods.

They also do not use the yeast used to raise baked bread. Instead, they use baking soda or baking powder as a raising agent.

You should also note that scones differ between themselves too. For instance, British scones should be served with jam, clotted cream, and butter. However, American scones usually don’t need butter toppings because they contain enough butter. Of course, you can put butter on top of them if you like. (We don’t judge here!)

Where Did Scones Originate?

Scones originated from Scotland in the 1500s as a quick bread baked using wheat or oats before being baked on a griddle. The first printed reference of scones traceable back to a 1513 Scottish poet.

Scones are a common pastry enjoyed by many people and cultures globally. However, the birthplace of scones traces back to Scotland in the 1500s, where it originated as a quick bread baked from wheat or oats.

The inventor of the scone recipe remains unknown despite knowing its place of origin. There are multiple stories detailing how scones got their name. The most common indicates that the name originated from the Stone of destiny, which Scottish Kings sat on during coronation.

However, the most logical origin suggests that scones got their name from Schootbrot, which is a Dutch word for fine, white bread.

Scones’ popularity is attributed to the Duchess of Bedford, who requested tea and scones every day as an afternoon snack until it became routine. Scones became a popular tea snack among the elite families and gradually trickled down to the common folk.

There are multiple fun facts that make scones interesting that you probably have never thought about. Here are a few:

Just as there exists a debate about the correct pronunciation of “scones,” so does the debate on the right way to eat them. So, is there a right way or time to eat scones?

Historically, at least according to the English and the Duchess of Bedford’s snacking routine, the appropriate time for scones was with the afternoon tea at precisely 4:00 PM.

Today, people eat scones with breakfast, the 10 AM tea, as snacks at any time, and as accompaniments during meals. So, while “scone purists” may feel otherwise, there is no definite time for eating scones.

You can have them any time you please.

Over the years, people worldwide have developed a variety of scone recipes. There are numerous scone varieties made from various ingredients to achieve different flavors.

Here are a few examples of common varieties of scones:

These are just a few examples of the many types of scones that exist with others, including fruited scones, lemon scones, blueberry, and chocolate chip scones.

Scones are a sweet and light pastry option making them ideal for numerous occasions, including breakfast with the family, brunch during a business meeting, or as a snack.

They are also easy to make and have simple recipes which allow you to experiment with new and different baking ideas for exciting flavors. You should consider making scones a regular pastry option on your meal timetable for a sweet and healthy breakfast, snack, or accompaniment option.