Freezing cookies keeps them as fresh as the day you baked them without sacrificing their integrity. While buttercream frosting serves as both a great sandwich ingredient and an excellent decorative component, it raises a new complication for cookie freezers. Does frozen frosting maintain and what is the best way to freeze it?

You can freeze buttercream frosted or filled cookies and they can last up to three months. They need to be adequately sealed though. The process for freezing buttercream iced cookies is simple and straightforward and prolongs the life of your treats by quite a large margin.

This article will discuss how to prepare your cookies with buttercream frosting for freezing, how to store them, and how to freeze any excess buttercream icing. Let’s get started! 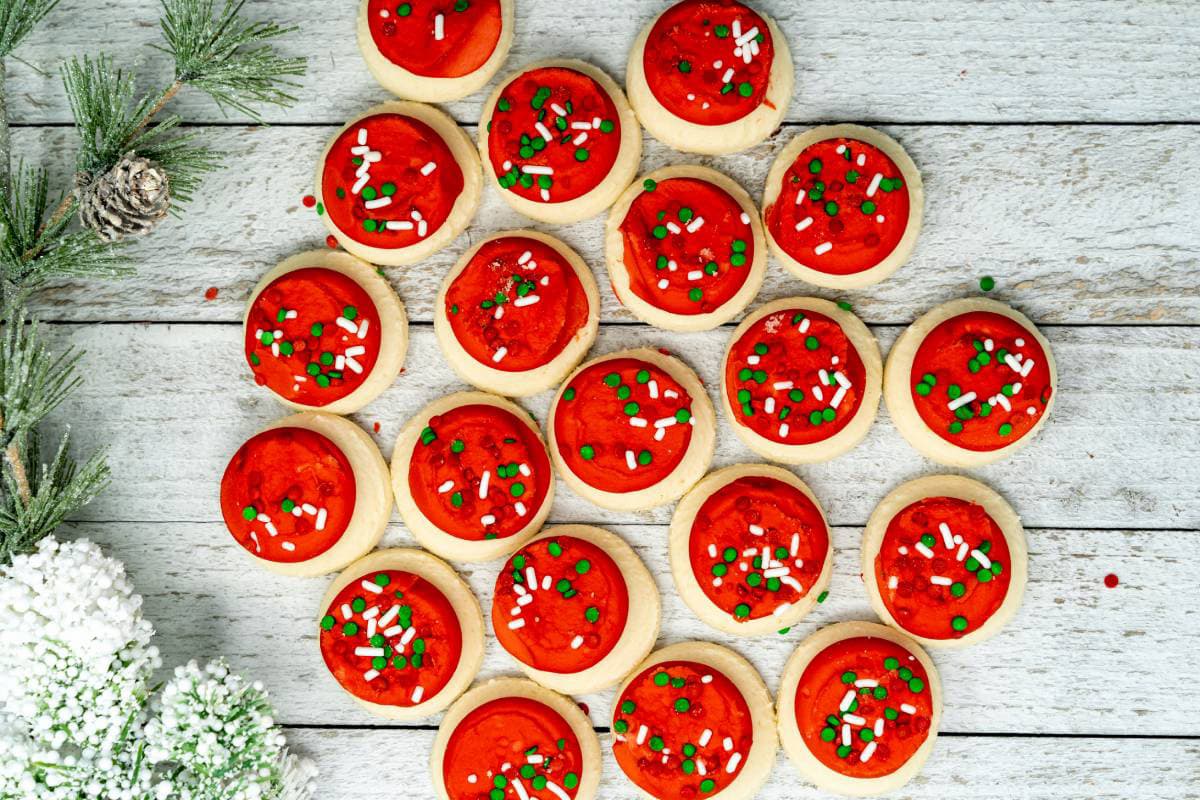 What Is Buttercream Frosting?

There are three primary types of buttercream frosting, which are:

It is easy and quick to whip up for both beginners and advanced chefs. This frosting works best for:

Making this icing requires a bit more skill but results in a frosting that takes color better and more vividly than American buttercream.

This icing is best used for:

Italian meringue buttercream is arguably the most difficult icing to make. This icing requires the incorporation of boiling hot sugar syrup into egg whites. If the incorporation isn’t handled delicately, a hot liquid can lead to cooked eggs.

Careful and experienced bakers must ensure they don’t burn the egg whites when creating the meringue. Executed correctly, Italian Meringue buttercream maintains a light and easily tinted color that doesn’t form a crust when exposed to air.

Buttercream frosted or filled cookies are easy to freeze, either by stacking or by layering. Cookies with buttercream frosting last for two days at room temperature and five days refrigerated.

Before even considering cookie storage, allow your buttercream to set sufficiently. Buttercream begins to stiffen within two hours, but it’s best to let the iced cookies sit overnight before stacking them.

Allow your buttercream frosting to set until hardened before attempting to freeze your cookies. Once the frosting sets:

The stacking method allows you to store your cookies both effectively and economically. This method takes up less space, though a bit more time and preparation. Stacking your buttercream iced or filled cookies is relatively easy; just follow these simple steps:

Cookies frozen this way will last up to four weeks.

How To Freeze Extra Buttercream

Properly frozen buttercream lasts up to three months. The freezing process is easy; simply place your extra buttercream in an airtight, freezer-safe container, seal, and freeze.

Freezing your buttercream prolongs its lifespan considerably and once you’re ready to use the frosting, simply move it to the refrigerator to allow it to thaw overnight. Give the icing a good whip before using it.

These icings freeze well. Correct and careful freezing of buttercream on cookies prolongs their lifespan by quite a bit. The process is simple and manageable and allows your confections to endure up to three months longer than at room temperature. The cookies are quickly thawed, and any excess frosting is easily stored and frozen.