Canola oil is an excellent alternative to solid fats like butter and margarine because it contains fewer saturated fats. If you’re looking for a healthier way to bake, you may be asking yourself: Can you bake with canola oil?

Here’s how to bake with canola oil:

The rest of this article will discuss these tips in greater detail. It’ll also explain whether canola oil can replace vegetable oil and the differences between the two. 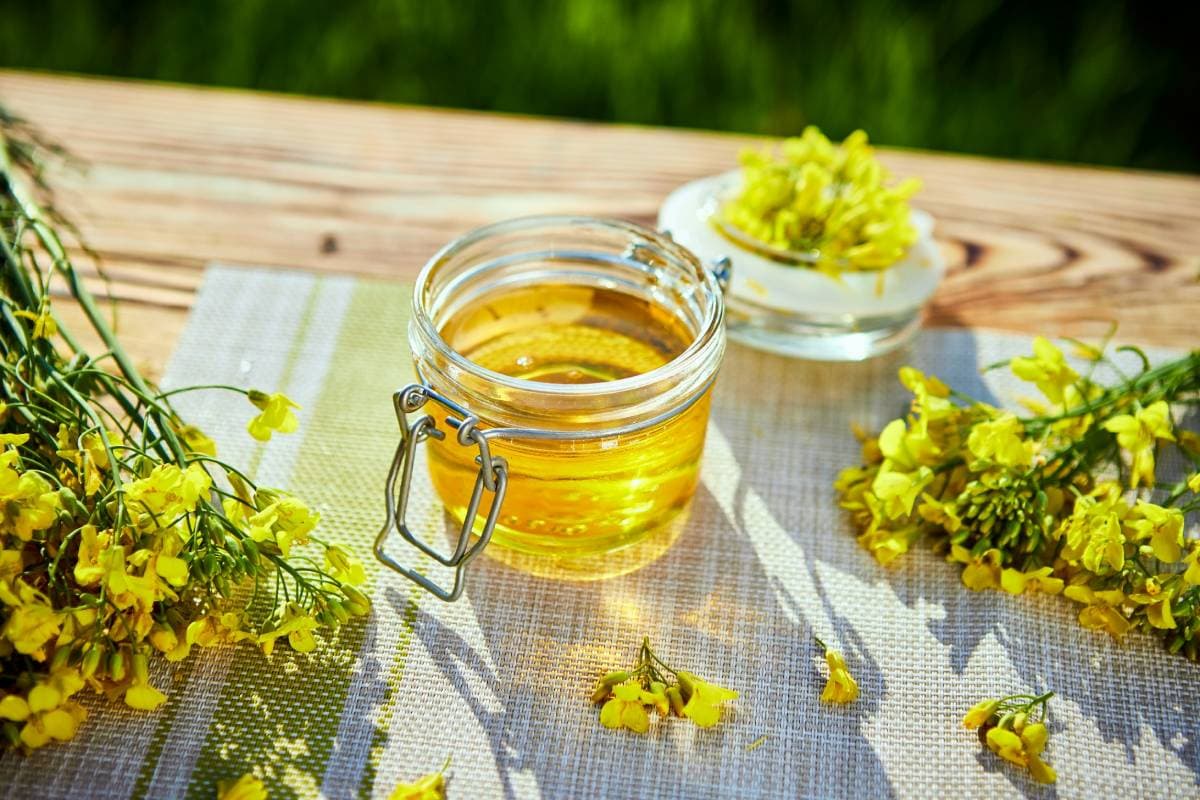 1. Find a Baking Recipe That Contains Solid Fats or Oils

If you’re still asking yourself “Can you bake with canola oil?” the answer is a resounding yes!

You can replace many things with canola oil, such as oils and butter. So, the first thing you should do is find a recipe that contains these ingredients.

There are a lot of things you can bake with canola oil, such as:

Once you’ve decided on a recipe, you can move on to the next tip.

2. Replace the Solid Fat or Oil With Canola Oil

You should use a slightly lower amount of canola oil because it’s more liquid than butter even when the latter melts, so using too much can make the batter too runny. If you use too much canola oil, you’ll need to add more dry ingredients or reduce the amount of other liquid ingredients.

You can also replace other oils in a recipe with canola oil. You can use the same measurements in those cases because most oils have the same or similar consistencies.

After mixing all the ingredients well, you can place your batter in the oven for the recommended time. Note that although you’ve replaced some components with canola oil, the baking time should remain the same. It might look a little different than usual while baking (e.g., the color), but that’s nothing to worry about.

When the time comes, you can remove your baked good(s) from the oven. Although you may notice a slight difference in the flavor, you shouldn’t notice anything too drastic. Canola oil has a neutral taste (unlike coconut and olive oil), so you won’t be able to taste it in the final product.

Canola oil can replace vegetable oil in baking. Vegetable and canola oils have neutral tastes and can handle high heat, so you can use them as replacements for one another whenever necessary. Luckily, you will not notice any difference in taste if you substitute vegetable oil with canola oil.

Although you can replace vegetable oil with canola oil (and vice versa) in baking, they have their differences.

But first, let’s look at their primary similarities when it comes to baking:

Of course, the smoke points aren’t entirely similar because vegetable oil can have a slightly higher smoke point. However, they’re a lot more similar compared to other oils. For example, avocado oil has a smoke point between 510 and 520°F (266 and 271°C).

Now, you no longer have to ask yourself: “Can you bake with canola oil?” Baking with canola oil is excellent if you’re looking for a healthier substitute for butter or vegetable oil.

Here are essential things to remember when baking with canola oil: