Tarts and pies are both delicious treats characterized by their sweet or savory filling. However, because of their similar shape, look, and maybe even taste, it can be difficult to distinguish one from the other when you have it in front of you. What’s the real difference between these two baking staples?

Pies have baked sweet or savory fillings covered in a crust made of dough, either at the top and bottom or only at the bottom. Tarts have unbaked or lightly baked fillings and a crumbly crust that only covers the bottom and the sides.

Not sure whether you should make a pie or a tart? This article has you covered. Let’s settle what the differences between these pastries are once and for all. 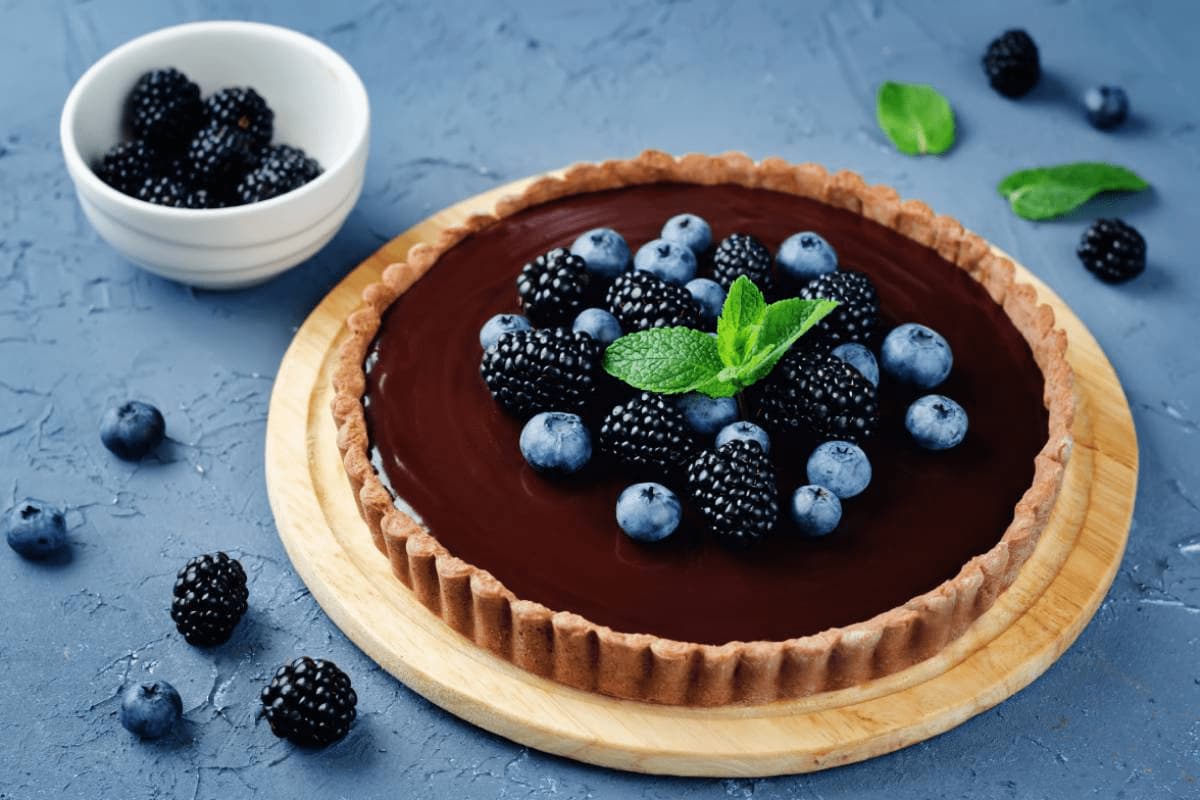 Whether in your head or openly, almost everyone has confused a tart for a fancy pie. While this is an entirely understandable impression, it is far from true.

A tart is not a pie. Although both pastries are very similar, tarts and pies are two different dishes. There are differences in their curst, filling, and preparation.

Let’s take a closer look at each baked treat.

Every baked goods enthusiast loves a good pie. They are a sweet or sometimes savory treat consisting of a crust and filling. The filling is usually encased in a dough that forms the pie crust after it’s been baked in the oven.

Depending on how you like it, you can make a single or double-crust pie. A double crust pie means the filling is completely encased in the dough before baking. On the other hand, a single-crust pie is usually open at the top, resulting in a bottom crust with trimmed edges in line with the pie pan, which holds the filling in place.

While most people have enjoyed a tart in their lifetime, they may not recognize it.

The pastry is a shallow open-faced treat stuffed with filling in the middle. It has a bottom crust with fluted sides and no top to cover the fillings. A tart’s crust is firm and crumbly, which allows it to be served on a platter for an elegant presentation. The pastry’s grooved edges and neatly arranged filling also add to the dish’s aesthetic.

Tarts are mostly served with lightly baked or unbaked fillings, as baked fillings have a heavy texture that may shatter the crust. Tart fillings are usually made of pastry creams, custards, or glazed fruits.

Differences Between a Tart and Pie

It’s clear that tarts and pies are two distinct pastries, but there are more differences between them than you might think.

The crust is the most distinguishable feature between tarts and pies, and it’s the easiest way to tell the two pastries apart.

There is also a difference in the crust textures. Pie dough is infused with shortening, with makes the crusts soft, light, flaky, and crisp. On the other hand, tart crusts are made with buttered dough to achieve a shortcrust. Shoetcrusts don’t puff when they are baked and have a rich, crumby, and firm texture.

The firm crust allows tarts to be unmolded from their pan and served on a separate platter. Meanwhile, pies are usually served in the pan they were baked in, as their soft crusts put them at risk of crumbling.

Pies are usually baked in conventional pie pans with sloped edges that give the dish its shape. They are relatively deep pans, measuring around 1- 2 inches (2.5-5 cm). These pans are made from various materials, including:

On the other hand, Tarts are prepared in tart pans, which have unique features. The pans are shallow and have a flat base and fluted edges that give tarts their elegant shape. Most tart pans have a detachable bottom to simplify serving the dish.

Due to these unique features, finding the proper tart pan for your baking needs may be difficult.

If you don’t have one yet, I strongly recommend the Wilton Excelle Non-Stick Tart Pan (available on Amazon.com). The pan’s nonstick feature and the removable bottom simplify releasing your tart and cleaning the pan.

The standard pie is much bigger than a regular tart. While the dishes have the same diameter, tarts have a shallow depth designed to prevent their crust from crumbling after they are unmolded.

Due to this size difference, pies hold more filling than tarts. Pie fillings can be loose or firm, depending on the type. Meanwhile, all tart fillings are firm, and they often incorporate additional binders.

How Are Tarts and Pies Similar?

Tarts and pies are similar in their form and composition. Both pastries have a crust that holds a variety of fillings. The flour and fat forming the crust are meant to complement different tastes, from sweet fruity fillings to meaty, savory ones.

Tart vs Pie: the Taste Test

Tarts and pies have distinct taste differences, but they may not become apparent unless you pay attention to them.

Tarts are generally sweeter than pies. They have a sweetened, flavorful crust, with fillings meant to fuse or contrast nicely with the crust’s flavor. Tasty fillings are added to an already delicious crust.

Although a pie crumb may be tasty, emphasis is usually on texture rather than flavor. You either want it to be flaky or soggy and nicely enclose the filling. The taste of a pie mainly depends on the filing used.

Overall, tarts have a fuller taste. They combine the enhanced crust flavor with sweet or savory fillings. But of course, there’s no right or wrong answer—both pastries are delicious in their own right!

While most people use the words interchangeably, tarts and pies are two different dishes. They have distinct features, preparation methods, and tastes.

If you prefer a sweet crumbly crust to complement the filling of your choice, a tart would be the perfect baking dish for you. If you prefer a subtle soft crust to accompany a rich filling, go for a pie.